The tree and plant healthcare portions of Artistic Arborist are proud to be a division of Bartlett Tree Experts, and our staff now has the backing of an international tree-care company and tree research laboratory to help continue providing excellent tree service and shrub care in the Phoenix, AZ area. View a complete list of professional tree services offered by Bartlett. 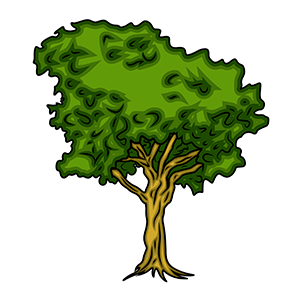 My home was built in the 40’s and some of the trees were put in with the original landscaping. When I bought the house they had been ignored for a very long time and were in pretty rough shape so I spent several seasons just getting them back to a growing state.

But the last two monsoon seasons made it abundantly obvious they needed some thinning to ensure that they didn’t do any damage to either my house or the neighboring properties, so last September I brought in Artistic Arborist and had them assess what needed to be done to 5 of the trees. The owner Tim, came out to my home and provided a thorough report of what he believed should be done to each of the trees and gave me a per piece price as well as a combined discounted price based on the idea that they wouldn’t have to send out a crew multiple times.

Initial sticker shock sent me looking for additional bids, but I quickly found out that Artistic Arborist’s 34+ year reputation as the best was well earned. Every other Arborist charged between $150 and $250 nonrefundable assessment fees. Tim did his for free. Then reality hit as preliminary bids based on the details I provided about the trees, all came back higher (and in some cases much higher) than that given in the full report from AA. After several conversations I came to the conclusion that AA was actually reasonably priced and I simply had no clue about how much these types of services might cost. I was also impressed that all the other Arborist told me that they would not be responsible for any property damage and if I had anything under the trees that I wanted protected, I would have to move it myself. The office at AA specifically told me they would take care of everything and in fact I didn’t need to do anything to prepare or even be home for the work, as long as they could access the trees.

We scheduled the work and when the crew arrived (two men and a huge truck) and I didn’t see Tim anywhere I was worried. How these two guys would get all that work done and execute a job that was outlined by someone that wasn’t even there made me really nervous, so I planted myself on the porch patio and watched. Within minutes I was actually filming because I was amazed. One man scampered up in the first tree and like Edward Scissorhands began sculpting the tree from the inside. Branches were either carefully lowered down or dropped in to a neat pile and the second man flew around the base of the tree gathering everything up and ran the mulcher. Seriously it was like a well choreographed dance. Before I knew it they were on to the second tree and just kept going. As they finished up the fourth tree and I could see they were discussing their approach to the mammoth eucalyptus in he back yard I saw a lot of head shaking so I knew something was up. They made some phone calls and soon my phone was ringing. It was the AA office letting me know that the team believed they needed a bucket truck in order to really do that tree well and they would have to come back on another day to finish that work.

When they came back to do that work I was even more impressed. Same two guys. Five straight hours of meticulous branch assessment and trimming. Huge branches carefully lowered down. Leaves raked and blown. Not only did the tree look amazing, but my yard actually looked better after they left, than before they got there.

I was really impressed with the work and so were my neighbors and family. As a master gardener I knew that you can’t really tell how successful Arborist work is until the next growing season when you are able to see the new growth patterns, so I waited until now to write the review and determine my final rating. My trees look fantastic. The entire property looks different. One tree that I thought would have to be removed is thriving and I believe will make a full recovery. I simply don’t have enough good things to say about Tim and his entire support staff. I literally felt like their main concern was that I was happy with the service/results and that is a work ethic that I find rarely. AA has since done great work at my parents home as well.

In retrospect, the hours that were spent on my property divided in to the price, combined with the results of the job led me to the realization that the work was really not expensive. In fact the two men that spent a total of 9+ hours climbing in my trees and doing some relatively dangerous work are not paid nearly enough… or at the very least, I have no future as an Arborist. If you have trees that you truly care about, make the investment and let someone that knows how and when to prune them do the work – call Artistic Arborist and let Tim and his crew take care of you!